Skip to content
CYBER MONDAY | 34% off the Mini 2 + FREE shipping in the US, Canada and select European countries

What does pink represent?

Pink is made up from a combination of red and white which is where it gets some of its characteristics from. The deeper the pink color, the more passion and energy it radiates.

Pink around the world 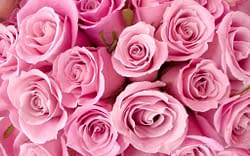 The color pink is widely accepted in Western cultures as the color for femininity, love, romance, caring, tenderness, and the birth of a baby girl. 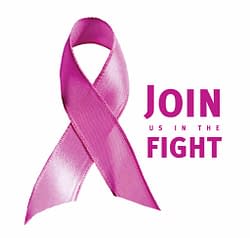 The pink ribbon is an internationally recognized symbol of hope and awareness in the fight against breast cancer.

In Japan, the color pink has a masculine association. The annual spring blooming of the pink-blossomed cherry trees (the Sakura) is said to represent the young Japanese warriors who fell in battle in the prime of life (the Samurai).

In Korea, it symbolizes trust, and in Latin America, it’s symbolic to architecture. For many years, pink was an unrecognized color in China until it emerged into the culture due to increasing Western influences—the Chinese word for it translates as “foreign color.”

Jaipur City in India, is foremost one of the most popular tourist attractions in India because of its phenomenal forts, palaces, temples, bazaars, streets, and its distinguished pink color to which the city owes its often-used name “The Pink City”.

Marrakesh is another city in Morocco associated with the color pink. It is sometimes refered to as the “Rose City” because of its salmon-pink colored buildings and the red clay of its terrain.

Pink is not found in the ROYGBIV electromagnetic spectrum. But that does not mean it isn’t a color! There’s a key distinction between colors of light and of pigment.

A thing that contains pigments or dyes which render it pink to light receptor cells in your eyes — you are not seeing pink wavelengths of light. An object appears pink because certain wavelengths of light are reflected, and others are absorbed, quenched, by the pigments. Pink is a reflective color, not a transmissive color — you can perceive it because your brain translates light bouncing off it. Color is a construct of our eyes and brains.

The first reference of the word pink in the Oxford English Dictionary was used to describe pale reds in the late seventeeth century. Before then pink referred to a kind of pigment. These pigments were originally made by binding an organic colorant, such as buthorn berries or an extract of the broom shrub, to an inorganic substance.

Baker-Miller Pink is a tone of pink claimed to reduce hostile, violent or aggressive behavior. It was originally created by mixing one gallon of pure white indoor latex paint with one pint of red trim semi-gloss outdoor paint.

Alexander Schauss did extensive research into the effects of the color on emotions at the Naval Correctional Facility in Seattle, and named it after the institute directors, Baker and Miller.

Mountbatten pink, also called Plymouth Pink is a naval camouflage color resembling greyish mauve. It was first used by Lord Mountbatten of the British Royal Navy during World War II. After noticing a Union-Castle Line ship with a similar camouflage color disappearing from sight, he applied the color to his own ships, believing the color would render his ships difficult to see during dawn and dusk.

Shocking pink is bold and intense. It takes its name from the tone of pink used in the lettering on the box of the perfume called Shocking, designed by Leonor Fini for the Surrealist fashion designer Elsa Schiaparelli in 1937. The color shown at right matches the color of the lettering on the original box.

Take a look at some pink color favorites.

Stay tuned to explore a world of pink design and inspiration.