What does red represent?

The color red is an intense color that is packed with emotion ranging from passionate, intense love to anger and violence.

Red around the world 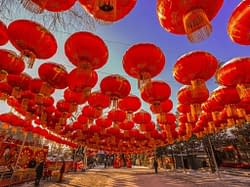 In China, red is used for good luck and represents happiness and prosperity. Additionally, in the Chinese culture colors correspond with the five primary elements, the directions, and the four seasons. Red is associated with fire, south, and summer. 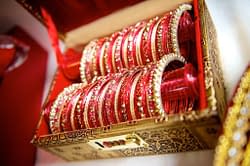 In Indian culture red symbolizes purity and is often used in their wedding gowns. As well as, a red mark on the forehead is said to bring good luck.

Red pigment made from ochre was one of the first colors used in prehistoric art. To begin, the Ancient Egytians and Mayans colored their faces red in ceremonies. Roman generals had their bodies colored red to celebrate victories. It was also an important color in China, where it was used to color early pottery and later the gates and walls of palaces. In the Renaissance, the brilliant red costumes for the nobility and wealthy were dyed with kermes and cochineal.

The 19th century brought the introduction of the first synthetic red dyes, which replaced the traditional dyes. Red also became the color of revolution; Soviet Russia adopted a red flag, following the Bolshevik Revolution in 1917, later followed by China, Vietnam, and other communist countries.

Traditionally, cochineal was used for coloring fabrics. During the colonial period, with the introduction of sheep to Latin America, the use of cochineal increased. It produced the most intense color and it set more firmly on woolen garments than on clothes made of materials of pre-Hispanic origin, such as cotton or agave and yucca fibers.

Carminic acid is extracted from the female cochineal insects and is treated to produce carmine.

Vermilion is a brilliant red or scarlet pigment originally made from the powdered mineral cinnabar. Vermillion was used worldwide.

It was widely used in the art and decoration of Ancient Rome, in the illuminated manuscripts of the Middle Ages, in the paintings of the Renaissance, as sindoor in India, and in the art and lacquerware of China.

Rosso corsa is the red international motor racing color of cars entered by teams from Italy.

Since the 1920s Italian race cars of Alfa Romeo, Maserati, Lancia, and later Ferrari and Abarth have been painted in rosso corsa (“racing red”). This was the customary national racing color of Italy as recommended between the world wars by the organisations that later became the FIA.

Red is now a key color trend in automation, interior design, graphic design and homeware. Red draws attention and a keen use of red as an accent can immediately focus attention on a particular element.

Take a look at some red color favorites.

Stay tuned to explore a world of red design and inspiration.