What does violet represent?

The color purple is a rare occurring color in nature, and as a result is often seen as having sacred meaning. For instance, lavender, orchid, lilac, and violet flowers are considered delicate, and precious.

The color purple has a variety of effects on the mind and body, including uplifting spirits, and calming the mind and nerves.

Violet around the world

In Western cultures (North America and Europe), purple is the color of royalty, and is often used for the cloaks and robes of kings and queens in modern movies. The color purple is often associated with wealth because purple dye was historically expensive to produce.

In Thailand, purple is worn by a widow mourning her husband’s death. Additionally, in Latin America and South America (specifically in Brazil) purple indicates mourning or death.

In Africa, purple is also a symbol of royalty and wealth.

Violet is a secondary color in painting. On the visible spectrum, violet light is defined as a wavelength of 380-450 nm.

Protanopia is a red-green defect, resulting from loss of red sensitivity, which causes a lack of perceptible difference between red, orange, yellow, and green. In addition, the brightness of red, orange, and yellow colors is dramatically reduced in comparison to normal levels.

Individuals with this color vision defect can discriminate between blues and yellows, but lavender, violet, and purple cannot be distinguished from various shades of blue, due to the attenuation of the red component in these hues.

The word “purple” comes from the Old English word “purpul,” which is from the Latin “purpura”, and from the ancient Greek “porphyra.” This was the name of the Tyrian purple dye manufactured in classical antiquity. In human color psychology, purple is associated with royalty and nobility because Tyrian purple was only affordable to the elite. With that said, Byzantine empresses gave birth in the purple chamber because it was believed that being “born in purple” promised  that the child would always be in the spotlight, and would be destined for a prominent role in life (read more on ‘Born in the purple’).

Purple was the color of the first dye made by man. It was called “mauveine” and was made out of coal tar. This recipe was discovered by 18 year old, William Henry Perkin in 1856. Originally this dye was called aniline purple. However, in 1859, it was named mauve in England afterthe French name for the mallow flower. Chemists eventually renamed the dye mauveine. 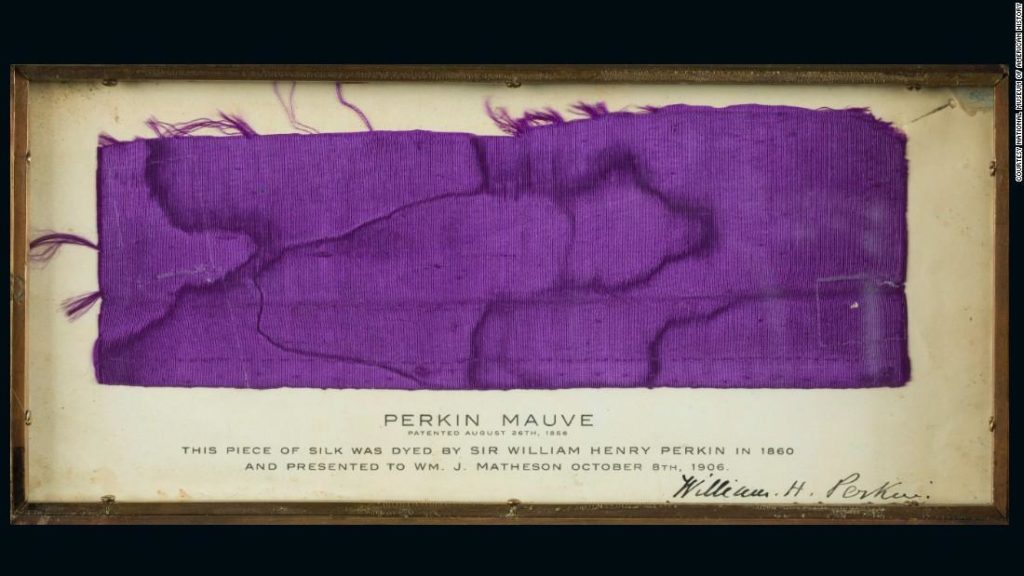 The first real violet pigment prepared by Salvètat in 1859, was Cobalt violet. It is chemically stable, but its rather high cost, and low tinting power prevented its wider use in paintings. The name “Cobalt violet” comes from Middle High German kobolt, meaning an underground goblin (cobalt was thought to be detrimental to silver ores).

Cobalt violets were considered to be very permanent even though the light variety changes in oil, due to the yellowing of linseed oil. Additionally, this pigment worked well with all painting media. The transparency, weak tinting strength, and high cost limited their use, however, the fastness to light made them more desirable than the older organic dye violets.

With that said, the color cobalt violet continues to be used today in web design, interior design, and art.

Stay tuned to explore a world of violet design and inspiration.