What is the color magenta?

Magenta is a color that is variously defined as purplish-red, reddish-purple, purplish, or mauvish-crimson. 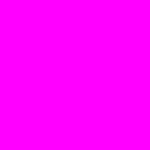 What does magenta represent?

Magenta is the color of universal harmony and emotional balance. Its contains the passion, power and energy of red, restrained by the introspection and quiet energy of violet.

It promotes compassion, kindness and cooperation. The color magenta is a color of cheerfulness, happiness, contentment and appreciation. Most people feel more optimistic in it’s company.

The human brain perceives different wavelengths of light as different colors. However, magenta doesn’t have its own wavelength (unlike all the other spectrum colours), raising the question, ‘Is magenta a real color?’ It is believed that our brains have constructed a color to bridge the gap between red and violet because it doesn’t exist in the light spectrum.

Magenta is an extra-spectral color, meaning that it is not found in the visible spectrum of light. Rather, it is physiologically and psychologically perceived as the mixture of red and violet/blue light, with the absence of green.

In the CMYK color model, used in color printing, it is one of the three primary colors, along with cyan and yellow that are used to print all of the other colors. If magenta, cyan, and yellow are printed on top of each other on a page, they make black.

In the RGB color system, used to create all the colors on a television or computer display, magenta is a secondary color, made by combining equal amounts of red and blue light at a high intensity. In this system, magenta is the complementary color of green, as well as, combining green and magenta light on a black screen will create white.

During the latter half of the nineteeth century, while settlers were colonizing one frontier in America, the ownership of aniline dyes were at stake. These dyes were a family of synthetic colorants produced from sticky, black coal tar. The name aniline came from anil, Spanish for indigo, originating in 1826 by Otto Unverdorben, a German chemist focusing on isolating the indigo plant’s colorant in his lab.

The making of magenta

The first synthetic aniline created was the startingly purple mauve.

In 1858, Renard Freres Franc created a rich color between red and purple by mixing aniline with tin chloride. He named his creation fuchsine, after the flower. The first customers were several European armies, who used it to dye their uniforms. The names ‘fuchsia’ in France, and ‘roseine’ in Britain soon became known as ‘magenta’. The color achieved it’s name in honor of the small Italian town near Milan, where the Franco-Piedmontese army had won a victory against Austrians in 1859.

The color magenta was the result of the industrial chemistry revolution of the mid-nineteenth century, and continues to have a distinct place in the world of design.

Take a look at some magenta color favorites. 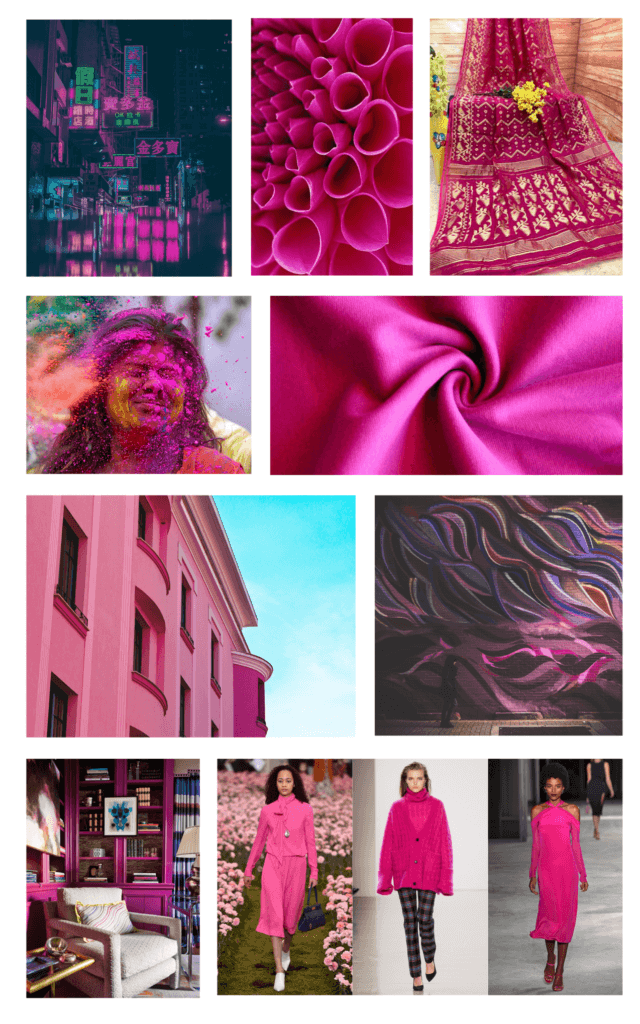 Stay tuned to explore a world of magenta design, and inspiration.